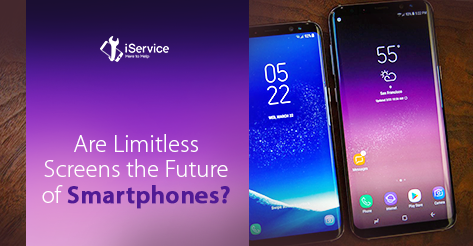 With the recent reveal of Samsung’s S8 smartphone bearing the now dubbed infinity display, the response to the same has been warmly positive with some even going so far as to branding it as the future of smartphones.

Samsung must be applauded for doing something incredibly bold aside from the standard norm of delivering an upgraded smartphone and the Infinity Display does just that by providing a fresh experience and a new perspective in the evolution of smartphones. But the real question here is whether the infinity display is sustainable for the future. Let’s take a look:

What is the Infinity Display?

In the simplest of terms, the infinity display is basically an edge-to-edge display. This would involve not having any physical buttons present on the front side of the device as an entire glass/plastic layer covers the LCD and display bezel to give it a completely clean look overall. The main purpose of such a display is give the user a ‘bigger’ screen without the need for actually create a bigger unit. 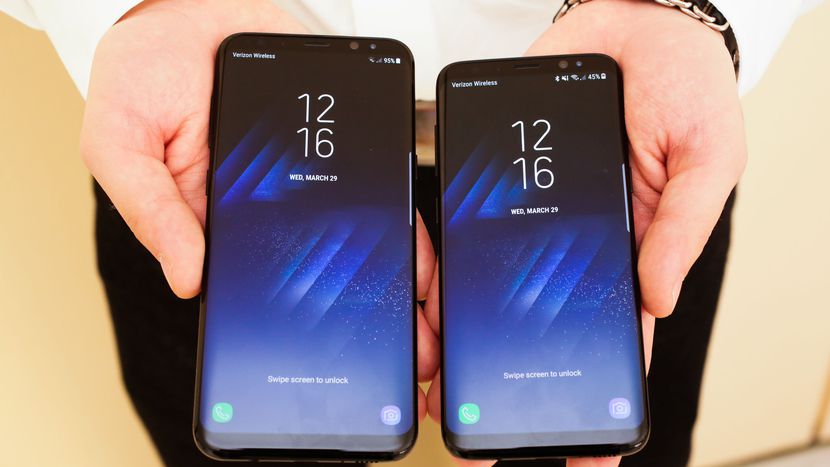 Why the Move to Infinity Display?

While many may claim that it was a case of the company wanting to do something different from its competitors such as the iPhone, the change can be seen as a functional one too as compared to just something more material. So what does the Infinity Display bring to the table?

We’d just mentioned the possibility of increasing the screen size without having to actually increase the device size in general. The added space on the front end leaves more room for the user to work with. Removing the physical buttons help avoid any distraction that could come about from working on a screen. The result is an enhanced space to make multi-tasking more convenient for the user.

Taking the case of the S8 alone, the display is much wider in comparison to the regular 16:9 aspect ratio that’s incorporated by the most common smartphone displays. The S8 brings about a new ratio in the form of 18:5:9 that employs a resolution of 2220×1080 pixels that can upscale to 2960×1440 pixels if you desire. This is Full HD+ with less power employed. It makes for an incredibly immersive viewing experience which can certainly be adopted by other players.

Incorporating an Infinity Display also brings about with it HDR viewing. So what is HDR? It stands short for High Dynamic Range. It involves using the same number of pixels on screen while producing a much wider range of shades to make the colors pop on-screen as opposed to a regular one that displays the most basic forms of color. This leads to a higher fidelity in terms of highlights without having to bleach deep areas of contrast depicting a more premium albeit, natural form of colors.

The benefits that the Infinity Display brings to the table seem overwhelmingly positive. It’s a gamble that Samsung took with its flagship devices and the responses seem to be positive too. The same would apply to LG with the G6 and Xaiomi with its Mi Mix. As with any change this radical, one thing is for certain, that it will suffice in the long run and the same can be said for the idea of incorporating an infinity display. It remains to be seen as to how long it will take for others to play pick-up with this. We’ve heard rumors of Apple’s iPhone 8 but only time will tell. Regardless, the future does indeed look bright for infinity displays.

Speaking of screens, do you have any issues with your device’s screen? Be sure to bring them over to iService. For more great content, be sure to visit our blog.