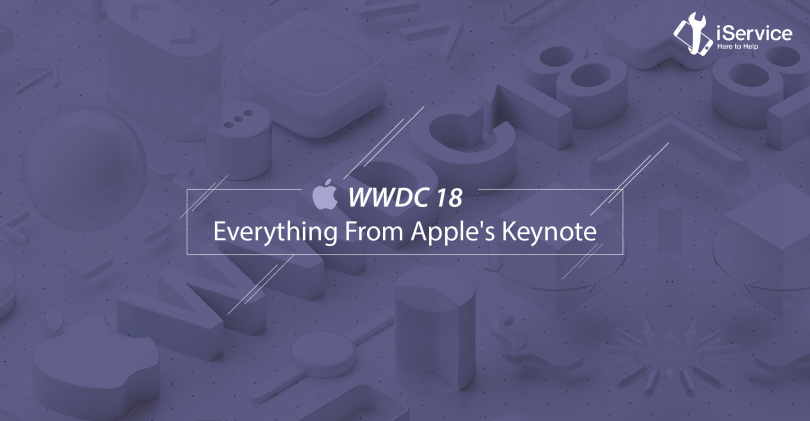 Ever since Apple first announced the dates for WWDC 2018 there has been many a rumor about the possible announcements that Apple might bring this year. If you are among those who were hoping for some news about new devices from Apple, the WWDC’18 Keynote might perhaps have disappointed you. But if you look at all the new software changes that Apple has promised to bring in the coming months you would, in fact, be impressed. For a change, Apple has announced a complete roundup of upgrades for all of its devices, unlike most previous cases where major upgrades were brought in for just a handful of devices.

Group FaceTime, Memoji and lots more for your iPhones and iPads

Apple has promised to make speed and performance the priorities in iOS 12. This update would be made available for all the iPhones way back to iPhone 5. Besides improving the speed at which the apps launch, multitasking is also all set to get smoother. Notifications would be categorized smartly and Siri would continue prioritizing the notifications based on how you react to them each time.

AR that would delight the developers and the end users alike

In the recent years, Apple has been focusing on including reforms in the operating system for handheld gadgets as well as for the Mac machines so as to make them all ready for AR (augmented reality). ARKit 2 is bringing some exciting additions. Users would be given a more immersive AR experience along with the ability to share and collaborate the AR experience. usdz format files can be created to share and use AR anywhere. Persistent AR would allow you to pick exactly from where you left.

Screen Time comes as a welcome addition for the kids and the adults alike. Parents can monitor what their children do on their iPhones and iPads and how much time they spend. It is also great for the grown-ups to keep a track on the time spent on their iPhones. There are several apps that already make this happen. But giving permissions for third-party apps to access device information for such cases might not be a secure choice. So with iOS doing it for you, you would be able to have a safe source of information including details about the various apps used and time spent on each of them.

Facebook had notoriously gotten into a row for its web-tracking activities. With the new security features to be included in iOS 12, privacy would get an all-new dimension. The encryption being incorporated would add a shield to Safari in order to prevent sites from tracking user data and to prevent widgets and social media buttons from gathering information.

Apple Watch – all set to make you more active

If you have struggled with your iPhone waking up when you summon your Apple Watch with the Hey Siri command then the Watch OS 5 update is for you. It is also to come with a feature to compete with your friends in fitness challenges. Additional types of workouts are being added. You would be able to set a Siri Face for the Watch. Watch OS 5 would allow you to listen to Podcasts. And finally there is a Walkie-talkie feature being added- now, how cool is that!

Apple TV has also joined the league of 4K TVs. What better way to complement high definition display that with a high definition sound where every detail is delivered with clarity! Dolby Atmos is going to bring a theater-like experience to your home.

One of the most popular features announced for the next Mac OS, which Apple has named “Mojave”, is the addition of a dark mode for using the Mac machine. The Desktop background can be set to automatically change according to the time of the day. As a measure to declutter the crowded desktops comes Stacks. So files of each type would be grouped together to give a crisper looking desktop. Screenshots now come with more options like capturing a selection or capturing a window besides the default screen capture option. Screen recording would also be allowed. News, Stocks, Home and Voice Memos are apps that have ruled the iOS for a long time and they are finally here for Mac OS as well. Security features that block tracking in iOS 12 would also be included in Mojave.

There are so many more updates coming with the soon to come updates for the various Apple operating systems. On the whole, the focus has been on the enhancement of user experience besides improving the speed and security.