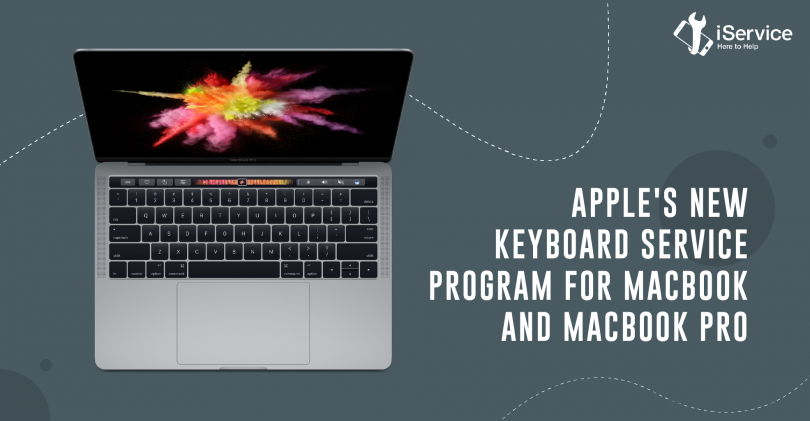 Apple has always been known for its attention to detail. There was a time when the brand was known for its innovation. But then as the competition grew tougher and as the brand started lagging behind, it’s been releasing every new feature with such refinement that makes its products special. Though the brand now holds a strong position in the smartphone category, it all began when Apple started making computers. We cannot forget the compact all-in-one machines that the brand made once, during the period where computers were bulky. Now that the brand has been making ultra-slim desktop machines and laptops there are numerous products to try out.

The MacBook and MacBook Pro have been very successful models in the recent times. But even with the blazing speed and the performance comes a tiny little glitch that not many are fond of- the issue with the keyboard- in most of the products, if not all of them.

Apple heaved with pride when it first announced the butterfly mechanism in its new keyboard. This keyboard mechanism is said to be nearly 4 times more stable and also comes in a slimmer profile. The other great features are the increased precision and the larger size of the key cap. This makes the new keyboard a great choice for those who do a lot of typing. The second generation of the butterfly keyboard was built into the MacBook Pro.

The new keyboard did not receive a warm welcome

There were many that started complaining about their keyboard. On a high performing MacBook, this keyboard was considered to be a major setback. Social media did not paint a good picture about this keyboard and there were many that joined the league to voice their opinion. Apple has earlier remained silent for quite a long time. But then, this is not a brand that permits a bad reputation. Apple warranty claims, if used to get a keyboard service or key repair, would not be of much trouble. But those users who face issues with the butterfly keyboard beyond the warranty are the ones that are affected. So Apple came up with a solution to this on 22nd June, 2018 – the Keyboard service program.

What is the keyboard service program?

Any eligible variant of MacBook or MacBook Pro can be taken to an Apple Authorised service center and get the keyboard service opted for, for 4 years from the date of purchase. The keyboards that suffer from sticky keys or the ones where the keys are unresponsive or the ones where characters appear or do not appear as desired, can be taken for service. The service center would then examine the keyboard and identify the real issue. If the keyboard is found to be eligible for the service program one or more keys would be repaired or replaced as required. MacBook variants beyond 2015 and MacBook Pro variants released in 2016 or later are eligible for the service. If the issue is because of dust, the cleaning tricks that Apple has been suggesting from the time the issues were reported, should work. But if nothing seems to mitigate the situation then approaching the service center would be the best thing to do. Based on the actual solution required the time taken for the service would differ.

Before any service on the keyboard, associated MacBook repairs might have to be rectified, if any issues are found. And these repairs would take place at an additional cost as the service program only covers keyboard issues. No other warranty terms are changed with the introduction of this keyboard service program.