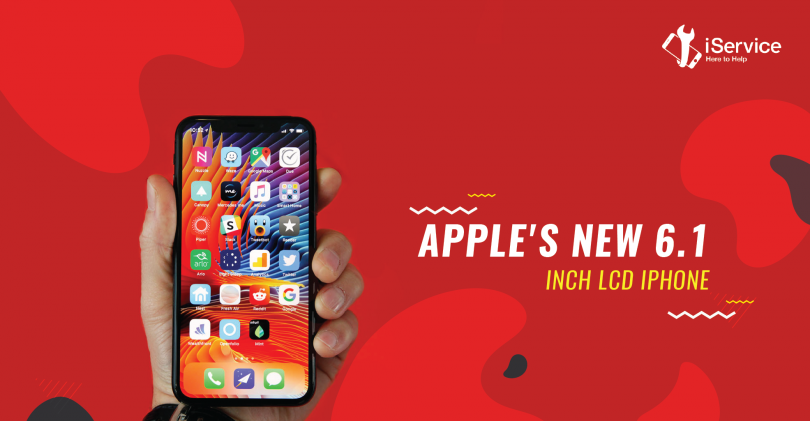 Apple’s third quarter results were released recently. With a 17% hike in the revenue the company has been performing pretty well this year. Now that new iPhones are rumoured to hit the markets soon this trend is expected to continue. Among the many models that Apple has planned to launch the 6.1inch LCD iPhone is the one that has recently been hyped about. Expected to be launched by October this is going to be a pocket-friendly iPhone which comes as a perfect breather after the whopping high price of the iPhone X shocked the market.

Ditching the recent trend of using OLED screen, Apple plans to use an LCD display on this one as one of the steps towards cost cutting. Would the LCD display still be on par with the OLED displays on the other iPhones? Would you be compromising a lot for the lower price tag it carries? Will the fallout of the Apple Qualcomm disputes have any impact on the speeds of this new iPhone and the ones to follow?

The leaked images set the stage

Recently there have been a few leaked images reported to be dummy models of the LCD iPhone to be launched. If you have been following the rumours about the 2018 iPhones then you would find that these images appear very much relevant. This one looks like it might feature slightly chunkier bezels breaking the trend of the all-screen displays with bezels nearly invisible. But for an LCD screen this one looks pretty slick with the smallest bezels among all LCD smartphones, thanks to the 0.3t LCD chip that Apple is likely to use on these iPhones.  The Home button is missing as expected and this one too might miss out on Fingerprint authentication like the iPhone X and the upcoming variant iPhone X Plus.

What else do we know till date?

The dummy also sports a glass back panel and there is a single rear camera with a flash. Use of steel for the frame is likely to be replaced by the use of aluminium, again, for cost cutting. So all that we know till date is that by choosing the LCD variant among the 3 new models to be launched, you would be missing out on the OLED screen, the steel frame and the dual rear camera. Without concrete news about the actual hardware specs of this model we still have no news about the other features that Apple plans to size down to make up for the reduced price.

Now that the Qualcomm and Apple dispute has reached a grave situation Intel would be making the modem chips for Apple. This is predicted to slow down the upcoming iPhones a bit especially in terms of the connectivity. This also applies to the LCD variant which is expected to be slower than the other Android phones in the segment. But as Apple and Qualcomm are likely to get back together again in the coming year this situation might change.

The expected delays this year, in the launch of the upcoming iPhones is expected to hit only the LCD variant. The 6.5inch OLED iPhone as well as the 5.8inch OLED iPhone might perhaps hit the market before the LCD iPhone. Around September Apple is known to release new iPhones and this trend might continue this year as well. But Apple has not formally announced a release date till now. And WWDC this year did not cover the hardware updates expected. So there is very little room for speculation. But for the lower priced iPhone with the LCD display we might have to wait a bit longer.