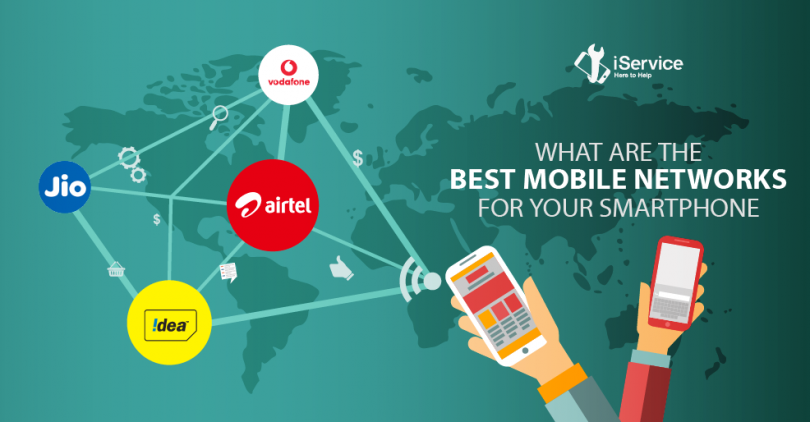 When we consider the mobile networks in India, it is a war zone out there! Though there is a select number of player ruling the market, the scenario has been changing a great deal in the recent times. With the swelling competition, growing demands of the customers, each operator comes up with offers to attract more customers. Customer retention is also getting tougher mainly because of the recent trend of “free calls and free data”.

With smartphones, it is all about a strong network and uninterrupted data services. Some services have even gone as far to offer the latest smartphones such as the iPhone 7 based on a contract to tap users. To access the full potential of a smartphone however, you would need the best network from the most reliable service provider. Here are the most popular mobile network providers in India:

Having spread its wings across 20 countries in Asia and Africa, Airtel holds a stead position in the market. And now with the acquisition of Telenor, the network is expanding further. This is mainly due to the broad coverage offered by the network. It is also the network that has the largest number of subscribers in India (more than 300 million and counting). To cater to the entire mobile and smartphone segment, the network offers 2G, 3G and 4G connections besides other telecommunication and tele media services including broadband, fixed line, DTH, IPTV and more. Among the global giants in mobile network, Airtel holds the 4th position.

With a variety of data plans crafted for the smartphone users, the network has also been known for its network coverage that reaches even the rural regions in the country. The current market is pretty welcoming for startups and Airtel is grabbing the opportunity through its internet plans. Understanding the role played by small businesses in altering the economy, Airtel Business’ digital platform offers connectivity solutions and products specially crafted for such small businesses to go digital.

By the end of March, 2017, Vodafone India had announced about its merger with Idea Cellular. This is a telephone network provider that has been popular globally for decades. As one of the pioneer service providers, this one has been in the market ever since mobile technology started growing. Idea and Vodafone are both known for their impressive 4G speeds and the 4G plans they provide for smartphone users. They are also both popular for the consistency of connection. But when it comes to rural coverage, Idea is slightly better than Vodafone but both trail behind Airtel in this aspect. And with Vodafone, though the data network has been a strong trait, call connectivity hasn’t been its strongest traits.

The newest entrant in the market, the whole nation has been stating this name in the recent times. It started off with a bang and revolutionized the mobile network segment. One trouble that every smartphone user faces is the data crunch. Data plans come with data capping and higher data usage plans are often expensive. And if a network has the best call rates it is often seen to have pricy data plans and vice versa. So if you find a network suitable for normal mobile phones, to make voice calls, you might not get a similar experience with the same network for data usage in smartphones. But bringing the best of both the worlds, Reliance Jio offered free data and voice calls without any capping, to its users. This is a network that saw the fastest growth in India. Not only was unlimited data offered at an attractive price to the users but also the network strength was found to be great. Coverage is something that the network is working on improving.

For the support you need for your laptops, tablets and smartphones, we are always here to sort it out for you. For more related content, visit our blog.