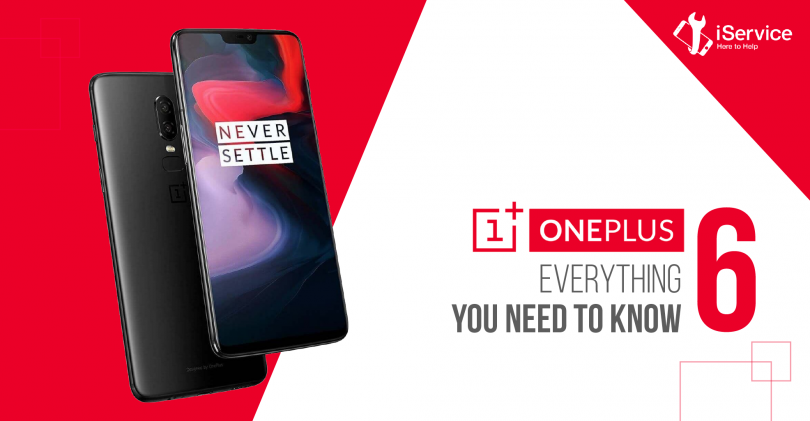 OnePlus recently announced and released its latest flagship smartphone to the world. With the sales so far representing an all-time high, it’s clear that the OnePlus 6 is primed to become a commercial and critical success for its users. If you’re a fan of the brand, you’ve probably already made up your mind about getting yourself one. But if you’re not sure, then perhaps this article will help you better decide.

Here’s everything you need to know about the OnePlus 6:

Many flagship smartphones of late have shifted their overall look by switching a metal finish for that of glass. This is obviously in an attempt to make said smartphones look trendier and more premium for their price points. The shift seems to look quite pretty on the OnePlus 6. Beyond that, the OnePlus 6 maintains a very similar build that was set by the OnePlus 5T with the exception of the corning gorilla glass 5 that covers the phone on the whole.

Not A Notch Above Others

It’s quite evident that not many are fond of the notch in seemingly infinite display phones. And it looks like the notch is here to stay. Ever since Apple announced the notch for the iPhone X, many players in the android market have come forward with the same design choice, and the the OnePlus 6 is no exception. OnePlus does have a solution for those who despise the notch with the option to camouflage it by merging the top bar with a black bezel.

An Eye for A Shot

The OnePlus 6 comes equipped with a dual camera setup much like the 5T. It consists of a 16-megapixel Sony IMX 519 sensor with f/1.7 aperture with OIS and a 20-megapixel Sony IMX 376K secondary rear camera. Improved from the 5T, the OnePlus 6 allows users to take some incredible macro shots with added depth. Keep in mind that this works best for those who truly know and understand how to take a great picture.

There’s no real surprise why the OnePlus has always been dubbed the “Flagship killer”. The OnePlus 6 is no stranger to that title. The latest OnePlus 6 is powered by Snapdragon 845 processor coupled with 6GB RAM (or 8GB based on your preference). The OnePlus 6 performs admirably and boasts solid performance throughout. It can help users work on multiple apps simultaneously, play graphic intensive games, and much more with ease. Things are also made more convenient thanks to Oxygen OS. The latest version, OS 5.1.5 (based on Android 8.1 Oreo) feels lightweight and pretty close to the Vanilla Android experience.

One of the biggest highlights of the OnePlus 6 is the battery. Early previews and reviews claim that it’s one of the strongest selling points for the OnePlus 6. Featuring a 3,300 mAh battery, users have claimed that it allows the smartphone to stay fully working for over a day. That’s quite incredible for a smartphone that can handle pretty much any task thrown at it and even more so for a flagship smartphone. The phone also supports dash charging, OnePlus’s incredibly fast charging technology, which can quickly charge to roughly 60% in less than half an hour.

Is It for You?

The OnePlus 6 is an incredible smartphone without a doubt. But it does have a few shortcomings that some may consider more of a missed opportunity. But despite those, sporting incredible specs at a very reasonable price point starting at Rs 34,999 makes for a device that begs to be given the attention it quite rightfully deserves.

If you’ve never owned a OnePlus phone before and are planning on getting one, this is a no brainer. If you have the OnePlus 5 or the 5T, this would seem like a hard pass. Let’s not forget that there’s every possibility of OnePlus releasing a successor to the 6 with the 6T perhaps.