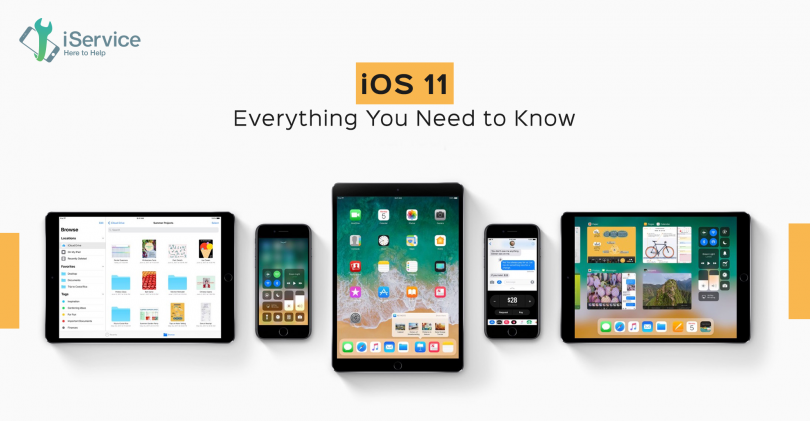 The wait is finally over and we got to experience iOS 11 on our iPhones. Much like iOS 10, this is said to be a major update from Apple, not without reason though. Having been announced at the Apple WWDC event, there are hundreds of tiny amendments brought for the iPhone and the iPad. The iPad in fact, benefits the most from this update thanks to the intuitive features added.

iPhone 5S and the versions that came after as well as the 2017 iPad models, iPad mini 2 and later, iPad Air and iPad Air 2 are all compatible with iOS 11.

Without much ado, we have a handful of the most useful and loved features iOS 11 brings to your device experience:

The most commonly used symbols are now placed on the standard keys of the keyboard. So accessing them has been made simpler. All you have to do to use a symbol to swipe down on the corresponding key. And the best part is that you can turn off this feature and do it the old fashioned way if it seems too complex for you. The iPad Pro 13” model is the only iPad that doesn’t get this Quick Type keyboard.

The Dock on the iPads now get smarter with iOS 11. You would be able to choose the app shortcuts to be placed on the dock. You would also get suggestions of the recent apps that you had accessed on your Mac or iPhone. And the improved multitasking allows you to simultaneously keep two apps open. You could then drag and drop content including photos as well as text segments from one app to another.

Exploring your files is now easier than ever before:

The Files app can display all the files in the local device and those in the cloud. File management through this app is also pretty simple. There is an option to add your favorites, tag the files for quick identification and do lots more.

Do a lot more with Pencil

If you love using the Apple Pencil, there’s good news with iOS 11. You can take notes instantly, mark portions in PDF files instantly, quickly draw in your notes, and even add these to emails. And to make it smarter, you can search for handwritten text. You could also fill text in PDF files or sign scanned documents with Pencil.

In short, you would not miss your MacBook anymore if you have your iPad. And if you have an iPad Pro with a Pencil then this would come in very handy!

Those are some of the coolest new additions for the iPad. Here are few more practically beneficial features for the iPhone and iPad:

When you take screenshots, you can take it one step ahead and highlight parts of it, or use a handful of other tools included in the screenshot editor. Another great addition is the screen recording feature.

If you turn the Do Not Disturb for Driving feature on, your iPhone would sense when you are driving and automatically silence all notifications. The caller could also be alerted that you are driving.

The indoor maps takes the Maps app forward and allows you to view the shops and restaurants within shopping malls and airports. And for the regular outdoor maps, the lane guidance system added, allows you to precisely look at the available lanes so as to understand which one to follow next to the set destination.

It is not just the regular photos that you can edit but also the Live Photos. There are Bounce, Loop and Long Exposure options added now to Live Photo editing. You would also notice some minor tweaks in the Memories Videos.

If you are already not aware, you can now directly make payments through the messaging app. And syncing your messages across your devices is also easy. So the modifications done to messages in one device would now be reflected in all the synced devices.

This is a feature that has not been spoken about a lot, but a feature that comes in pretty handy in an emergency situation. When the Emergency SOS is turned on, you would simply have to press the Power Button 5 times. This would do three things at once. A call to the emergency service would be placed, a message with your device location would be sent to the stored emergency contacts and the Touch ID of the iPhone would be disabled.

Single handed typing option has been included in the keyboard thanks to iOS 11. Maps also allows single-handed use by letting you Zoom in and out by double tapping and scrolling up and down.

We reserved the best for last!

Given all these improvements from iOS 11, few other less noticed but very impressive features include the Automatic Setup of any new iPhone or iPad by simply holding the new device near the old one. The Volume bar appears on the right top corner as a sleek bar instead of fully covering a major chunk on the screen. The Lock Screen Notifications are also now well-organized. Though there are so many other features added these are the ones that grabbed our attention given the fact that they can all make the whole iPhone and iPad experience so much better. Keep in mind that the experience will be the best with the announced iPhone X and iPhone 8.