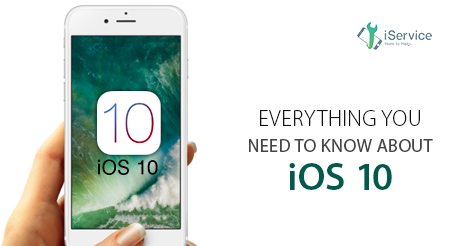 iOS 9 was seen as more of a rewiring, setting up intelligence and pro-activity at the same time respected privacy and security of its users. Post the launch of the iPhone 7, iOS 10 has been officially launched, which shall take all of its predecessor’s attributes forward. This update comes along with a number of enhancements, starting from the lock screen to the notification experience to Siri and more. Here’s everything you need to know about iOS 10.

The OS works with iPhone 5, iPad 3, iPad mini 2 and iPod touch 6th generation and higher. It will be available on your iPhones, iPads etc.  However, iOS 10 update won’t be supported for the iPhone 4 and iPad 2.

Apple has redesigned the iPhone and iPad lock screen, which makes it the biggest revision in the last decade. Slide to unlock has gone and is now replaced with simple instructions that say “Press Home to Open”. The additional feature is the ability to raise your iPhone to wake it, fixing the all-too-common issue of ghost touch that cause disturbance to the notifications.

There is no need to exit the home screen for quick reads and replies anymore. The notifications now use the 3D touch to show hidden menu actions. For example, just hard press on the calendar invite alert and you’ll be able to accept of decline the notifications. The 3D-touch enabled notifications work even better for iOS 10 messages. The user can now immediately respond to messages without having to leave the lock screen.

Only the iPhone 7 and iPhone 7 plus are water resistant, but only to a certain extent. As of iOS beta 2, the software reportedly includes a warning message to unplug the lighting cable at the bottom of a device if the phone and new software detect water. The iOS 10 message is a handy tool because water and a turned-on iPhone don’t tend to mix very well. Learn how to deal with a water damaged phone here.

The swipe-up-from-the-bottom Control Center overlay menu has a brand new look that helps declutters the layout in iOS 10, and it’s something Apple users have been asking for. It features four shortcut apps. Control Center has gotten one of the most significant redesigns in iOS 10. It too sacrifices density for legibility. In this case, though, the tradeoff takes some getting used to. Instead of a single card there are now three cards: one for control, one for now playing, and one for Home.

Since Siri was first introduced in 2011, developers and customers alike have been clamoring for a way to use Apple’s natural language, sequential inference-driven virtual assistant to control all the apps on iPhone and iPad. With iOS 10, Apple has introduced Siri apps. It’s not a fully open API, at least not yet, but it will let six types of apps integrate with Siri in a fully fleshed out way. Ride booking, messaging, photo and video, payment apps, VoIP calling and workout are these six types of apps. Searching photos through apps like Shutterfly and Pinterest can be done with your voice thanks to Siri, and you can start, pause and stop fitness workouts with MapMyRun, Runtastic and RunKeeper.

Apple’s on-screen Quick Type keyboard can intelligently tell the difference between what you’re saying and what computers usually think you’re saying (but not) thanks to more advanced Siri intelligence. Using deep learning kept locally, or what Apple calls “differential privacy,” iOS 10 understands the wider context of what you’re typing, influencing the words in the suggestion bar above the keyboard.

The iOS 10 automatically pieces together photo albums for you. It also crates mini movies filled with photos and videos complete with titles. Apple plans to take Photos to the next level with Memories, which are supposed to remind you of events in life by clustering together photos into trips, people and topics. It seems to have a nice magazine-style interface. iOS 10 will also let you assemble your captured photos and videos of a particular memory with a special movie that’s cut automatically. It’s customizable, with a number of mood choices and three length options, just in case you don’t want to fine tune it yourself.

The bottom line here is that iOS 10 will no doubt be iterative. Iteration is important, critical even, to improving experience and functionality both. By pushing design, architecture, and intelligence forward, Apple is taking an almost decade-old operating system and making it fresh, fun, and futuristic again. For more interesting content visit our blog here.