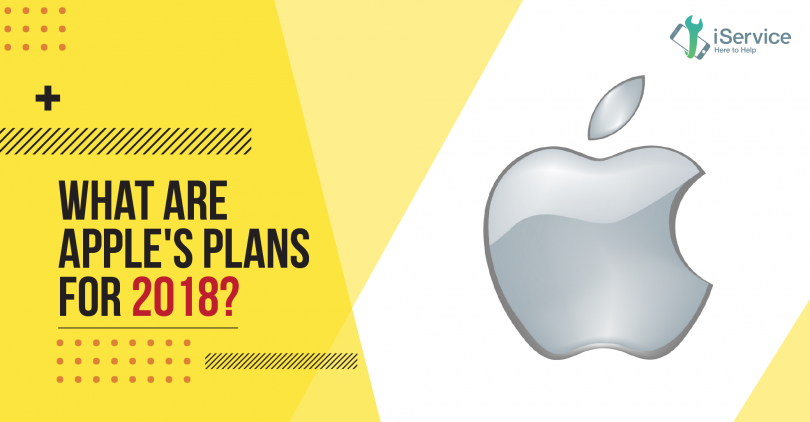 Apple had an exciting 2017 with an iconic iPhone sans the Home button and 2 other iPhones released. Now that the WWDC is not very far we are eager to hear from Apple about the next hardware and software releases planned for this year.

It has been hardly few months into 2018 and there have already been a few developments from Apple:

That is all that we have seen so far. There have been numerous speculations about Apple releases for 2018 including the new iPhones, AirPod and iPads. Though there have been no concrete news from Apple till date here are a few things that are likely to come this year:

iPhone X was big step for Apple and a big phone as well. But this is definitely not the largest smartphone in the market. There have been rumors that there is going to be a bigger iPhone, the biggest iPhone ever made. Before even reaching its first year anniversary iPhone X might be discontinued and possibly replaced by its successor.

Every smartphone manufacturer makes phones in the affordable category as well as the expensive category. But that was not the case with Apple until iPhone SE. 2018 might possibly see a new variant in iPhone SE.

HomePod has so far been released only in a few countries. The first release was delayed but it did make it to the market with a bang. There have been mixed reviews about the features on the HomePod but as a first product in the home entertainment segment Apple has indeed done its best. We might see some updates from Apple for the HomePod as well as the release of the product in other locations.

The 9.7inch iPad had been a hit already. iPads have gotten more expensive with every product that hits the market. 2018 is likely to bring a less expensive iPad. The 9.7inch model which was recently released has been cited to be a cost effective choice given the many features and the newer iPads to come are expected to be cheaper than this new iPad. iPad Pro has been a great hit as one of the most powerful iPads and there might be a newer iPad Pro variant coming this year. The A11 Bionic chip that was introduced in last year’s iPhones might also be upgraded and added in the new iPad Pro.

There have been speculations that Apple Watch Series 4 is to be released this year. This new Apple Watch would apparently be coming with a microLED display which would be a lot better than the OLED screens used today. This display technology would be energy efficient and also deliver crisper and more stunning colors.

iOS 11.3 was recently released and has received a positive response so far. We might also see iOS 12 this year. But the features that might be added and the notable improvements to happen might be clear after the WWDC 2018.

The AirPods caught the attention of the critics, the Apple fanatics and the tech enthusiasts. As a pair of convenient wireless earphones these have been pretty great. But there are few downsides to them and Apple would probably be releasing the newer AirPod variants this year with improvements in the design as well as the features.

For more updates about Apple products we are still waiting to hear it from the team. All that we know for now is that there is an interesting year ahead for Apple. And the brief lull that Apple had several months ago has possibly ended and it is striving hard to keep up with the latest trends in technology.