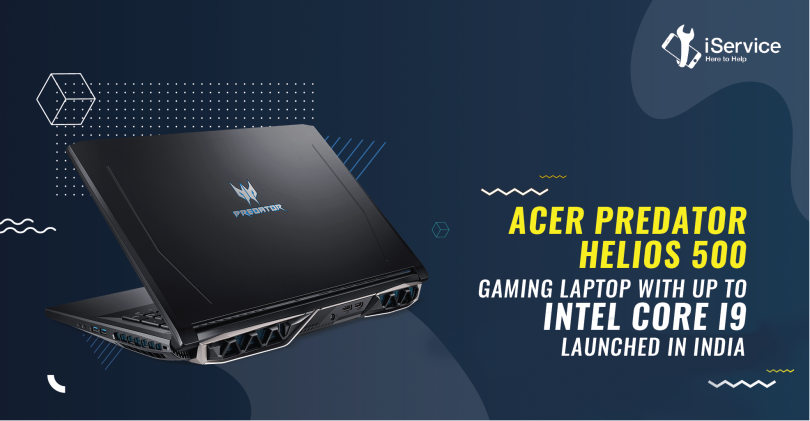 When it comes to gaming you would want nothing but the best in terms of the hardware and the firmware. There is already a long line-up of laptops exclusively designed keeping the gamers in mind. But Acer has been creating headlines with its all new gaming series which the brand calls ‘Predator’. This quickly expanding range now has a newcomer the Helios Predator 500.  This one has recently hit the Indian market. Ever since it was first launched globally there has been a great lot of anticipation about it. So what does this laptop have to offer the gamers? Is there any surprise element that makes this one worth the price tag close to Rs. 2,00,000?

Processors you would love

Intel Vs. AMD for gaming- the battle is never ending. And we know that these both are strong contenders on par in their performance. So Acer has the Predator 500 for both the crowds. There are two main categories in this model in terms of the CPU chip-

The Intel variant allows you to overclock and extract the maximum power of your CPU. This one carries the NVidia GeForce GTX 1070 8GB graphic card. Top this up with NVidia G-Sync and you are sure to be blown away.

The variant with AMD has not hit the markets so far. This one would be coming with the AMD Radeon RX Vega graphic card. Bid adieu to all types of display troubles with a framerate of your choice with the Radeon FreeSync.

The hard plastic outer case is pretty tough but we would not call it the toughest in the segment. In the looks category this one does score well. It has a chunky profile weighing around 4kg. There is the RGB backlit keyboard and you get to choose the backlight colour. There are 5 customisable hotkeys on this keyboard sectioned into 4 zones. On the whole this one looks a lot like its predecessor. The common keystrokes also get anti-ghosting feature added. Finally there is the responsive touchpad which does function pretty well during gaming.

Whether you are a fan of the Full HD display or the 4K display you would be able to find both with Predator 500 laptops. It features a 17.3” IPS display which is sharp in various ambient light settings. But this one has bulky bezels unlike most other gaming laptops which sport slim bezels. This one can support up to 3 monitors which can be connected to the USB C port, HDMI 2.0 port or the DisplayPort.

There is the best combination of connectivity ports built into this one- USB 3.0, Thunderbolt 3, Kensington lock slot, HDMI, DisplayPort, Ethernet port and a 3.5mm headphone jack along with a microphone port.  So there is no limitation on the type of peripherals you could add to the laptop. But the SD card reader is the one thing that this one lacks.

Gaming laptops tend to get heated up with every use. So the design has been made with a subtle elevation that would improve the air flow. There are 4 exhaust provisions and two intakes. Supplemented by 5 heat pipes and 2 AeroBlade 3D fans the overall design keeps the circuit cool and efficiently running even for the heaviest games played for the longest durations. These fans also run silently without causing any distraction.

To sum it up, if you are looking for a gaming laptop that can be tuned perfectly for your requirements, one that is great in terms of the hardware specs and if you want all of this with a reasonable price tag, look no further. For the AMD variant of Predator 500, you would have to wait a little longer.

Meanwhile, if you would like to check out some amazing deals on refurbished laptops, head over to The Refurbished Store by iService.