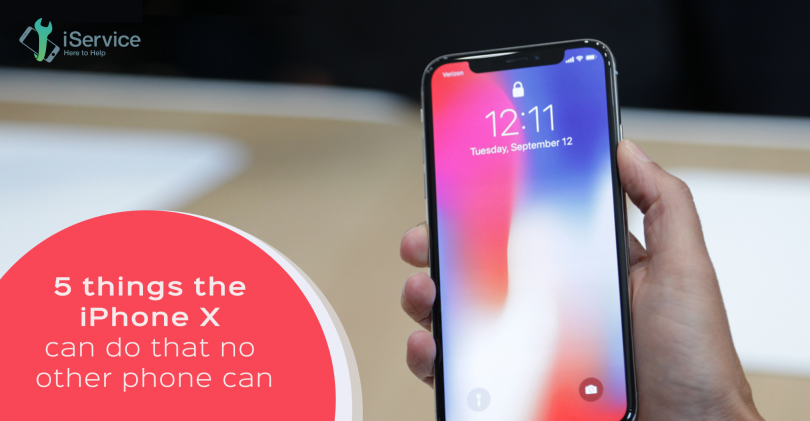 Is an iPhone better than an Android phone? This is a never ending dispute. There are lots of things that the Android phones can do while the iPhones can’t and even bigger things which the iPhones can do while the top Android phones can’t. With the iPhone X it is an altogether different scenario. This is an iPhone that was introduced in the tenth year after the first ever iPhone was introduced marking the beginning of a new era of iPhones that are expected to be smarter and more powerful than their predecessors.

Here are some of the coolest things that you would find on an iPhone X but not on other phones. So these are the brag-worthy features that you cannot miss.

You might argue that Face unlock is a pretty old concept which Android has been offering for a long time. But the Face ID on the iPhone is nothing like the Android Face unlock feature or the iris scanner or other biometric authentication facilities offered on most other phones. This feature works even in a dark room thanks to the flood illuminator included in the notch while Face unlock might not be an option when there is poor lighting. The superior machine learning capacities of the Face ID is also something that allows it to learn and adapt to small changes in the physical features of the user and thus provide more accurate recognition.

This is not a functional addition but after all who doesn’t like to have some fun with their iPhone. Sending personalized Emojis (Animojis) from the iPhone X is truly something funky that many iPhone X users love. Why settle for the boring old Emojis or spend time hunting for one that replicates your exact mood when you can instantly create one real time!

We do find a lot of Android phones these days coming with dual cameras. But there are very few that come with dual front cameras and none that match the efficiency of the TrueDepth camera on the iPhone X. This is in fact the one thing that also makes the Face ID so precise. And the top Android phones still come with dual cameras only at the back. So portrait modes with the feature to capture blurry backgrounds and crisper subjects are not possible with the secondary camera in other phones. But the iPhone X captures some really good selfies under various lighting conditions and even packs some cool shooting modes.

Apple Pay has always been compared with Google Pay and other such wireless payment platforms but then Apple Pay has stood out in the crowd. And now the iPhone X, the iOS 11 to be more specific, can make easy payments directly from iMessage. This is pretty convenient to use and very quick too.

This is a gist of the things that iPhone X can do differently. The all-screen design without a physical home button is not something new but the iPhone X does come with a design that is strikingly different from most other phones and the notorious notch on the top is in fact on distinguishing feature that sets it apart. iOS 11 is definitely an important update for the iPhone users and iPhone X is one which has been thoughtfully crafted to fully tap the potential of this iOS update. So if you own an iPhone X, you can be assured that you have a phone that is years ahead of the others in the market.