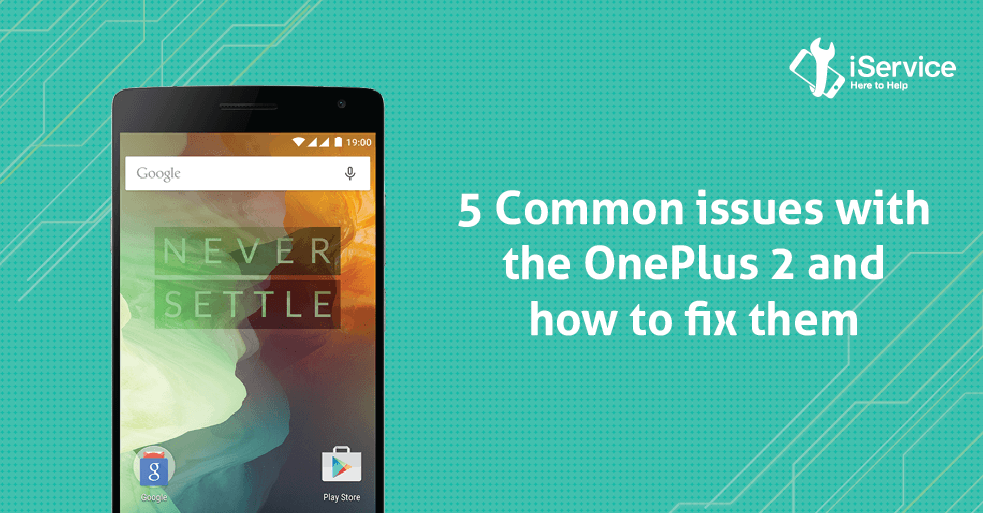 Despite its refinements to design, certain aspects of the hardware, fantastic software experience and reasonable price are all great, OnePlus 2 does come with certain flaws that cannot be ignored. That is why we have encapsulated 5 common issues with the OnePlus 2 and how to fix them.

One of the most common issues faced by several users with OnePlus 2, is that the phone exhibits unresponsiveness at times. Since the home button incorporates an embedded fingerprint scanner, it has the same issue. (Read more here)

Possible fix:  The unresponsiveness could be due to the grounding issue, which is expected to be fixed in a future OTA update. Instead of the home buttons, using on screen navigation buttons maybe a good idea.

One of the most common issues with the OnePlus 2, that many users have faced is that the camera doesn’t work when the flash is on.  The issue cropped up after the Oxygen OS update. The screen of the phone goes blank and it fails to click a photo and even if the photo is clicked, the device locks up right up after this and the user needs to unlock the phone to view the photo from the gallery.

Possible fix:  This is an issue with the stock camera and installing an app for camera from Google play would be an ideal solution. Sometimes, wiping the cache partition might also help and if the issue still persist, performing factory reset maybe the last resort.

Some users have issues while connecting their phone to their car. The rampant issue has been that even though the phone connects with audio calls and music works fine, the phonebook doesn’t sync with the car.

Possible fix:  The update to Oxygen OS 2.1 has fixed the Bluetooth connectivity issue for most users, and the phonebook sync problem will also likely be taken care of in a future update.

Users could also download the Bluetooth Phonebook app from the Google Playstore.

Another prevalent complain from users of OnePlus 2 is the switching between the two sims. A dual sim is a good feature, especially if travelling. However, most users have been facing problems with selecting which sim should be use when or with switching between the two Sims easily. Also, the phone does not show the primary carrier network in the notification bar some times.

Possible fix: A future software update is expected to solve this issue. Some users have found a restart of this device to do the trick.

Connectivity issues are quite common when using a new device. Listed below are some of the steps you can follow when dealing with connecting to Wi-Fi or Bluetooth devices.

HOW TO DO SOFT RESET

HOW TO DO HARD RESET (WIPE CACHE PARTITIONS)

That was what we think are some of the common issues with the OnePlus 2 and what we believe would help fix those issues. Do let us know if these solutions have worked for you or if there is a problem that has not been addressed in the above lines in the comments below.

If you need more help with troubleshooting your OnePlus 2 or have any queries related to the device, you can always get in touch with us