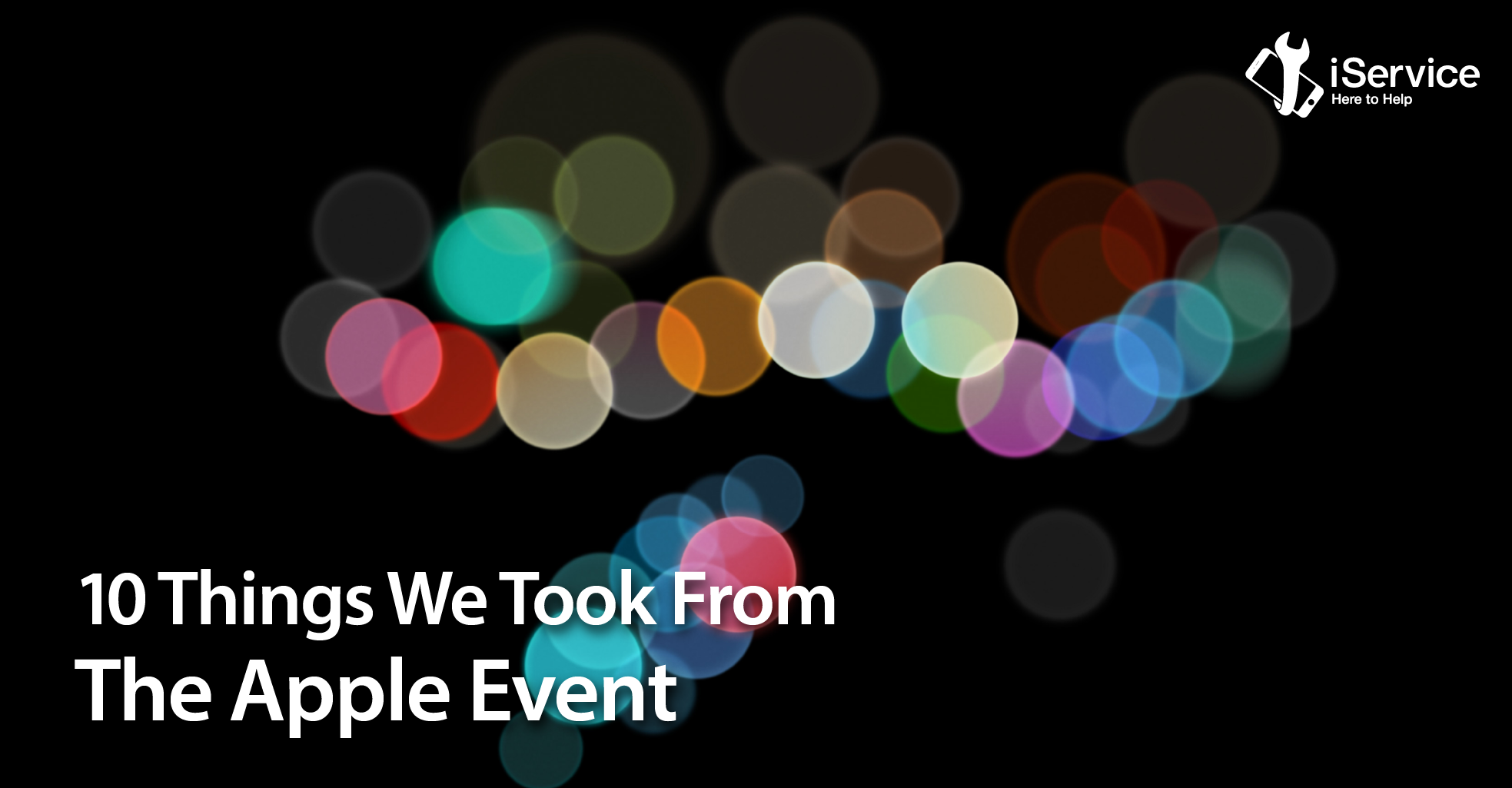 September the 7th saw the tech giants reveal a host of new and updated hardware and software, including a new iPhone and a new line of Smart watches. But in addition to those, there was a whole lot more to the event.

Here are some of the major announcements made on Wednesday at the Apple Event along with Apple iPhone launch:

Apple is pushing Apple AirPods, which CEO Tim Cook stated are a “breakthrough design,” in wireless headphones that sync across all Apple devices and respond to touch that can access Siri. Also, as predicted, iPhone is removing the standard analog headphone jack and forcing headphones to use their “Lightening connector”, which plugs into the phone’s charging port. The iPhone 7 will come with an adaptor so that the old earphones can be used to.

Apple’s new iPhone is getting a faster processor, an updated home button and water and dust protection. The iPhone 7’s home button is now force sensitive. The iPhone 7 will have stereo speakers for the first time, with twice the volume of iPhone 6S speakers. The phone’s battery life is improved, too; Apple estimates that the new iPhones will have one or two hours of additional battery life over last year’s models.

Camera improvements include a new flash with four LEDs rather than two for greater brightness. As with previous models, the flash will adjust its color to match ambient light. The iPhone 7 Plus will have two lenses to boost the zoom capabilities of the camera. Both cameras capture 12 megapixel photos. The two lenses will also sense depth and allow users to blur backgrounds in images, mimicking an effect that typically requires changing the lens aperture in standalone cameras.

The iPhone 7 will start at $650, the same as the 6S it replaces. The larger Plus model is increasing to $770, instead of $750. They come in silver, gold, rose gold, black and the new jet-black finish. Storage has been doubled, so Apple joins rival phone makers in making the starter model 32 gigabytes, instead of the previous 16 gigabytes before it. Apple is doubling storage in higher-priced models, to 128 and 256 gigabytes.

The latest software update, available on Tuesday, adds more intelligence to Apple services like Maps, Photos, the iPhone keyboard and Siri, the voice-activated digital assistant. There’s a new Home app to control appliances. In a big change for Apple, the company is also opening Siri and its iMessage service to work with apps created by independent developers. Apple is also allowing developers to build apps for iMessage, although the options so far appear to mostly involve sending payments or ordering food.

Apple introduced a “swim-proof” watch, the Apple Watch Series 2. The new watch has built-in GPS, a brighter display and faster processor than the previous Apple Watch. There’s also new ceramic watch face. In addition, there’s a Nike-branded Apple Watch in four colors that’s designed for runners. The Nike version gets a special strap and custom watch faces, though the Nike app will be available for all Apple Watch models. Battery life, which has been a weak spot of the watch, was not mentioned.

Pokémon Go has been downloaded over 500 million times since its launch this summer, and people have walked over 4.6 billion kilometers while playing the game. The game is one of the most successful since its launch and a Pokémon Go app is coming to Apple Watch. The app lets you collect items from Pokestops, hatch eggs and alert you to nearby Pokémon. The Apple Watch app for the game will be released this year. “Pokémon Go” is currently available in select countries, while most regions, including India, China and Japan are still eagerly waiting for its official launch.

Nintendo debuted a new Super Mario game for iOS called Super Mario Run. It’s the first iOS game featuring Nintendo’s Mario characters. Nintendo has long resisted bringing Mario to mobile phones. The new game, which can be played one handed, will be released in time for the holidays. The news sent Nintendo shares soaring on Wednesday.

Apple Pay will come to Japan in October with a new wireless technology called Felica to be included in iPhones and Apple Watches there. Apple Pay will also come to New Zealand in October and Russia in the fall. In the U.S. and elsewhere, mobile payments use a wireless technology called NFC. A transit feature in Apple Maps will also launch in Japan.

Apple iWork suite of software, including word processing, processing, spreadsheets and presentation programs, will include real time collaboration features for the first time. Although Apple’s iWork package allows syncing through iCloud, it’s has been primarily for one person to work on documents at a time. The software is available for iPhones, iPads and Mac computers, with a web version for Windows users.